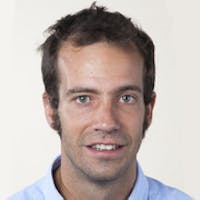 Alexander Breitegger has been Legal Adviser at the International Committee of the Red Cross (ICRC) Headquarters in Geneva since February 2011, and has been working especially on the relationship between IHL and IHRL, and the protection of health-care delivery in armed conflict or other emergencies. As regards his file on the legal protection of the delivery of health care in armed conflict or other emergencies, he provides support especially to the Red Cross and Red Crescent Movement HCiD imitative. In this regard, he has participated in most HCiD expert consultations between 2012 and 2014, and was intimately involved in the drafting of Resolution 4 on HCiD for the 32nd International Conference of the Red Cross and the Red Crescent in 2015. He also provided substantive input to ICRC’s suggestions for resolution 2286 which was adopted by the UN Security Council by consensus in May 2016, and continues to give legal advice to the ICRC’s follow-up to Resolution 4 on HCiD, to UN Security Council Resolution 2286 and other relevant multilateral diplomacy initiatives related to this issue, including to the WHO resolution on a Global Workforce of Health-Care Professionals for 2030. He has a PhD on international law, with a specialization on international humanitarian law from the University of Vienna, Austria, and holds a Master Degree of the European Master on Human Rights and Democratization.