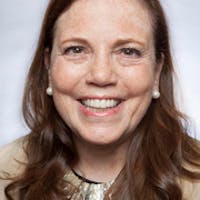 Candy Lee is a professor at Northwestern University at Medill, teaching in journalism and in integrated marketing communications. Her specialties include sports marketing, content strategy, innovation and leadership. Candy Lee earned her undergraduate degree at Harvard University and her doctorate at The University of Pennsylvania and she also holds a masters in teaching. She co-created Northwestern’s online specialization in content strategy, consisting of several MOOCs (Massive Open Online Courses). She is also part of the oversight team for Medill’s sports media and marketing initiative. Previously she was vice president of marketing at The Washington Post, overseeing multiple functions, from marketing to research, and originating innovative programs. She developed PostMasterClass, a series of online courses full of dynamic interaction created with experts from The Washington Post newsroom. Prior to joining The Washington Post, Lee was president of ULS Loyalty Services, the sister company of United Airlines. Lee oversaw a range of businesses that included united.com; the Mileage Plus credit card group; Mileage Plus program and its partners; media on planes and other business arenas. Just prior to United Airlines, Lee was managing director at iFormation Group, formed by Goldman Sachs, Boston Consulting Group and General Atlantic Partners. During her long career in publishing, she was president of Troll Communications, a leader in K-12 education, and publisher of Harlequin Enterprises, an international publisher in 100 countries. She has worked in many countries in publishing and retail. Lee also teaches graduate students in the Masters of Product Design and Development Management Program at the Segal Design Institute. She is involved in organizations across the Northwestern campus, including the board governing The Daily Northwestern. She is on several cross-disciplinary committees. Lee is a frequent guest speaker at association conferences and executive education workshops.