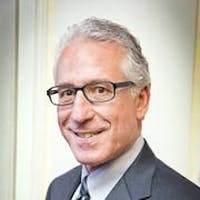 Julian Fleet is Permanent Observer and Head of Delegation of the International Development Law Organization (IDLO) to the United Nations in Geneva. He has worked in the United Nations and other international organizations for more than 25 years. Before joining IDLO, Mr. Fleet was Senior Adviser to the Secretary General of the International Federation of Red Cross and Red Crescent Societies (IFRC) (2014-2015). His service in the United Nations included field and headquarters postings with the United Nations High Commissioner for Refugees (UNHCR) (1989 to 1998) in the areas of international refugee law and humanitarian assistance, including in the Executive Office of the High Commissioner; various positions at the Joint United Nations Programme on HIV/AIDS (UNAIDS) in the areas of human rights, law, ethics, and management, including as Director of Organizational Development and Director of Human Resources (1998-2006, 2010-2013); as well as positions in the United Nations Development Programme (UNDP) (2006-2008). Mr. Fleet served as Deputy Executive Director and Chief Operating Officer of the Roll Back Malaria Partnership, a public-private partnership hosted by the World Health Organization (WHO) (2008-2010). His international career began in Mbabane, Swaziland, where he spent three years in the Ministry of Health, Government of Swaziland, through an international assistance project implemented by the NGO International Human Assistance Programs, Inc. Mr. Fleet also practiced law at the Boston, USA law firm Palmer & Dodge and is a member of the bar of the Supreme Court of the United States. He has co-authored articles, book chapters and legal briefs in the areas of intellectual property law and access to medicines, as well as international refugee law. He was awarded the degrees of Juris Doctor, Northeastern University Law School (Boston, USA); Master of Science in Public Health, University of Massachusetts (Amherst, USA); and Bachelor of Arts, The Johns Hopkins University (Baltimore, USA). Since 2012, he has taught at the University of Geneva’s International Organizations MBA programme (IOMBA), where he is a member of the Advisory Committee.