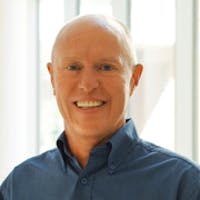 Education: M.A., Georgia State University. Gerry grew up in Atlanta. He graduated from the Paideia School in the Emory area. He attended Georgia State University where he majored in Spanish, with a minor in Psychology. Gerry studied in Mexico as an exchange student in high school and participated in two summer abroad programs in college, one in Costa Rica and the other in Japan. After undergraduate studies, he worked at the Atlanta airport for Japan Airlines for ten years. When that job ended, he went back to school at GSU for a master’s degree in Applied Linguistics. He has worked in education ever since. First, he was at Auburn University for five years. Then, he taught middle school for three years for Gwinnett County Public Schools. Afterwards, he spent a 1.5 year period at the University of South Alabama in Mobile, Alabama. Returning again to Atlanta, he taught for two private ESL schools before joining Georgia Institute of Technology. He loves swimming, cooking, seeing live music performances, and hanging out with friends and family.