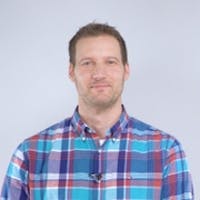 Lennart Karssen received his M.Sc. diploma in experimental physics from the Department of Physics & Astronomy, Utrecht University, the Netherlands. He was awarded PhD in experimental physics from Utrecht University, the Netherlands. He worked as a postdoctoral fellow in bioinformatics at the Department of Genetic Epidemiology at the Erasmus Medical Centre, Rotterdam, the Netherlands, during which he obtained an M.Sc. in health sciences with specialisation in genetic epidemiology. Lennart Karssen is now Director and Chief computational scientist at PolyOmica, a company in the Netherlands. Main research interests: statistical genetics, data analysis, scientific computing.

From Disease to Genes and Back