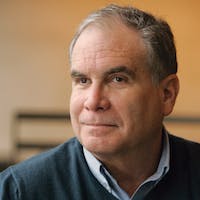 Professor Centeno is the Musgrave Professor of Sociology and Professor of Sociology and International Affairs in the WWS. He was the founding Director of the Princeton Institute for International and Regional Studies (2003-2007) and Master of Wilson College (1997-2004). In 2000, he founded the Princeton University Preparatory Program. He is interested in political sociology and social change. He is the author of Democracy within Reason: Technocratic Revolution in Mexico, Blood and Debt: War and the Nation State in Latin America, and Global Capitalism among other works. He is also the editor of Discrimination in an Unequal World, Towards a New Cuba and The Politics of Expertise in Latin America, The Other Mirror: Comparative Theory Through A Latin American Lens (ed. with F. Lopez-Alves); and Mapping the Global Web (ed. with E. Hargittai). Forthcoming books include War and Society, 2014 and Building States in the Developing World (w. A. Kohli and D. Yashar). New projects include an analysis of “emergent risk” in global flows and a history of the concept of discipline