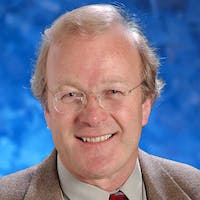 Peter McPhee has taught and written about the French Revolution since his graduate student days. His teaching has received university awards. He has published widely on the history of modern France, most recently Living the French Revolution 1789-1799 (Palgrave Macmillan, 2006); Robespierre: a Revolutionary Life (Yale University Press, 2012); and (ed.) A Companion to the French Revolution (Wiley-Blackwell, 2013). He was appointed to a Personal Chair in History at the University of Melbourne in 1993. He was appointed to the position of Deputy Vice-Chancellor (Academic) in 2003 and was the University's first Provost in 2007-09. He is a Fellow of both the Australian Academy of the Humanities and the Academy of Social Sciences. He became a Member of the Order of Australia in 2012.