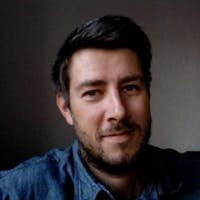 Rutger Vos (born 1975) is a research scientist at Naturalis Biodiversity Center in Leiden, the Netherlands, and a guest researcher at the University of Amsterdam. He received his PhD from Simon Fraser University (Canada) in 2006, obtained a postdoctoral fellowship at the University of British Columbia (Canada) and a Marie Curie research fellowship at the University of Reading (UK). His research revolves around the development and application of computational techniques to address research questions in the evolution of a wide variety of organisms, ranging from the analysis of ancient DNA recovered from long-dead organisms such as a Holocene horse and a bison from the permafrost of the Russian far East, a herbarium specimen of an ancient tomato landrace, or a preserved gorilla specimen mounted by a 19th century doctor, to the comparative study of beetles, butterflies, snakes, primates, pitcher plants, elderberries, marine birds, black cherries and a whole lot more. In addition, his software development work has become part of some of the standard pieces of computational infrastructure in evolutionary research, such as the public database for evolutionary trees (www.treebase.org) and the portal for high-performance computing, CIPRES (www.phylo.org). Rutger occasionally appears in the Dutch public media when his expertise in evolutionary analysis is needed, tweets prolifically about biodiversity from the twitter account @rvosa and runs the blog Unnatural History at rvosa.tumblr.com