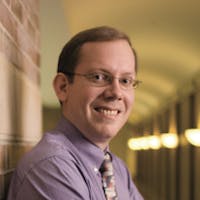 Scott Weisbenner is the William G. Karnes Professor of Finance at the University of Illinois at Urbana-Champaign. He earned a Ph.D. in economics from the Massachusetts Institute of Technology (MIT) and has been on the Illinois faculty since 2000. Professor Weisbenner worked as an economist for the Federal Reserve Board of Governors in the capital markets section before coming to the Illinois. He was a Faculty Research Fellow at the National Bureau of Research (NBER) from 2002-2009 and has been a Research Associate at the NBER since 2009. He currently serves as Associate Editor of Management Science, a top-tier general interest journal in management and business, and has also has served as Editor of the Journal of Pension Economics and Finance, a journal focusing on the economics and finance of pensions and retirement-income programs, from 2010-2013. Professor Weisbenner has published numerous articles in several leading finance and economics journals and his papers have won multiple "Best Paper" awards at various conferences and are widely cited by fellow academics. Weisbenner’s work has also been cited in numerous news publications including Barron’s, Business Week, Chicago Tribune, Forbes, Smart Money, The New York Times, The Wall Street Journal, and The Washington Post. It has been referenced in important government policy outlets as well, including the Economic Report of the President and briefings to the Chairman of the U.S. Federal Reserve Board and the U.S. Senate Joint Economic Committee. Professor Weisbenner is an award-winning teacher at Illinois where he teaches MBA and MSF courses in corporate finance and behavioral finance. He also teaches investment finance in the Executive MBA program. Professor Weisbenner has been selected to the List of Teachers Rated as Excellent at the University of Illinois at Urbana-Champaign every year since 2002 and was the winner of the prestigious College of Business Alumni Association Excellence-in-Teaching Award for Graduate and Professional Teaching in 2011. He has also been recognized by students in the Master of Science in Finance program as "Best Professor" in the 2009-2010, 2010-2011, 2011-2012, and 2012-2013 academic years, was selected the Best Professor in the Executive MBA Program in 2013, and was selected the Best Professor in the Full-Time MBA Program in 2014.

Investments I: Fundamentals of Performance Evaluation