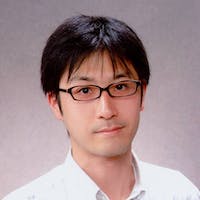 Takeo Igarashi is a Professor of Computer Science Department at The University of Tokyo. He received a Ph.D. from the Department of Information Engineering at The University of Tokyo in 2000. He then worked as a postdoctoral research associate at Brown University (2000 - 2002). He joined the University of Tokyo as an Assistant Professor in 2002, and became a Professor in 2011. He also served as a director for JST ERATO Igarashi Design Interface project (2007 – 2013). His research interest is in user interfaces and interactive computer graphics. He is known for the development of a sketch-based modeling system (Teddy) and a performance-driven animation authoring system (MovingSketch). He has received several awards including the IBM Science Prize, the JSPS Prize, the ACM SIGGRAPH 2006 Significant New Researcher Award, and the Katayanagi Prize in Computer Science. He served as a program co-chair for ACM UIST 2013 and a program committee member for various international conferences such as ACM CHI, UIST, and SIGGRAPH.