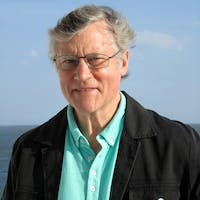 William R. Ferris, a widely recognized leader in Southern studies, African American music, and folklore, is the Joel R. Williamson Eminent Professor of History at the University of North Carolina at Chapel Hill and the senior associate director of UNC’s Center for the Study of the American South. He is also adjunct professor in the curriculum on folklore. A native of Vicksburg, Miss., Ferris was the founding director of the Center for the Study of Southern Culture at the University of Mississippi, where he taught for 18 years. He also taught at Yale University and Jackson State University. A graduate of Davidson College, he received a Ph.D. in folklore from the University of Pennsylvania (1969). The former chairman of the National Endowment for the Humanities, Ferris has conducted thousands of interviews with musicians ranging from the famous (B.B. King) to the unrecognized (Parchman Penitentiary inmates working in the fields). He has written or edited 10 books and created 15 documentary films. He co-edited the massive “Encyclopedia of Southern Culture” (UNC Press, 1989), which was nominated for a Pulitzer Prize. His most recent book “The Storied South: Voices of Writers and Artists” (2013), was published by the University of North Carolina Press. Bill Ferris’ films include “Mississippi Blues” (1983), which was featured at the Cannes Film Festival. He has produced numerous sound recordings and hosted “Highway 61,” a weekly blues program on Mississippi Public Radio for nearly a decade. He also has published his own poetry and short stories.