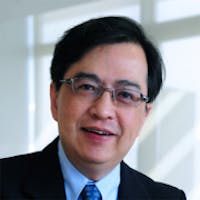 Chan’s research focuses on Chinese philosophy and religion and he has published widely in such areas as Confucian ethics and Daoist philosophy. While at NUS, he was twice awarded the Teaching Excellence Award. He is a member of the Founding Editorial Board, Oxford Bibliographies of Chinese Studies; member of the International Advisory Board, Consortium of Humanities Centres and Institutes; Chairman of the Board of Directors, Confucius Institute, NTU; member of the International Advisory Panel, Asia Competiveness Institute, Lee Kuan Yew School of Public Policy, NUS; member of the Editorial Board, Journal of Daoist Studies (USA); and member of several other Boards.
其他可浏览的主题