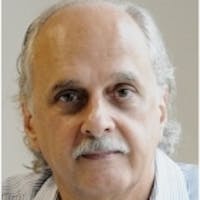 Yannis Tsividis is Edwin Howard Armstrong Professor of Electrical Engineering at the Fu Foundation School of Engineering and Applied Science at Columbia University. He received his B.E.E. degree from the University of Minnesota, Minneapolis, and his M.S. and Ph.D. degrees from the University of California, Berkeley. Starting with the first fully integrated MOS operational amplifier, which he demonstrated in 1976, Professor Tsividis has done extensive work in analog and mixed-signal integrated circuits at the device, circuit, system, and computer simulation level. His work has resulted in several patents in several countries. He is the recipient of the 1984 IEEE W. R. G. Baker Prize Award for the best IEEE publication, the 1986 European Solid-State Circuits Conference Best Paper Award, and the 1998 and 2008 IEEE Circuits and Systems Society Guillemin-Caure Best Paper Award. He is co-recipient of the 1987 IEEE Circuits and Systems Society Darlington Best Paper Award and the 2003 IEEE International Solid-State Circuits Conference L. Winner Outstanding Paper Award. He is a Fellow of the IEEE, and received a Golden Jubilee Medal from the IEEE Circuits and Systems Society in 2000. He received the IEEE Undergraduate Teaching Award in 2005, the IEEE Gustav Robert Kirchhoff Award in 2007, and the IEEE Circuits and Systems Society Education Award in 2010. He received Columbia's Presidential Award for Outstanding Teaching in 2003.