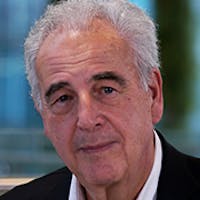 Professor Michel Kazatchkine, has over 30 years of experience in the fight against HIV/AIDS as a leading physician, scientist, advocate, policy-maker and diplomat. He has served as the Executive Director of the Global Fund to fight AIDS, Tuberculosis and malaria between 2007 and 2012. Between 2012 and 2017, he served as the UN Secretary General’s Special Envoy on HIV/AIDS in Eastern Europe and central Asia. A long time practitioner and advocate in harm reduction, he has been a member of the Global Commission on Drug Policy since its inception in 2010. Michel Kazatchkine is a Senior Fellow with the Global Health Center of the Graduate Institute in Geneva where he teaches on Global Health diplomacy and on drug policy.