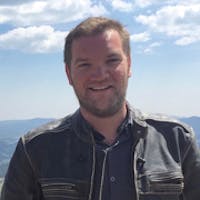 Jason has spent most of his life in and around the nation's capital. After a stint as a Creative for Apple, Jason became an Apple Certified Trainer in 2009 and in 2012, he published his first training book, the Final Cut Pro X Cookbook. He currently produces training courses online, writes for screenlight.tv and works as an independent certified trainer of video editing and motion graphic software. He's presented at Nab, the Government Video Expo and Pluralsight Live. NICK HARAUZ Nick Harauz is a certified Adobe, Apple and Avid trainer. Nick has an uncanny ability to engage his students and create a level of relatedness that keeps them coming bacck for more. Since 2002, Nick has also worked with domestic and international brands, offering a wide variety of video production and motion graphic services. He has worked with clients such as Proctor & Gamble, Diageo, Virgin Mobile, Nando's and Blackberry.