Human rights are under pressure in many places across the globe. Peaceful protests are violently quashed. Voting is tampered with. And minorities are often excluded from decision-making. All of this threatens the ideal of an open society in which each of us can be free and participate equally. A solid protection of human rights is needed for an open society to exist and to flourish. But it is often an uphill battle to work towards that ideal. Equip yourself and learn more about what human rights are and how they work.

In this course, we will introduce you to one of the world’s most intricate human rights systems: the European Convention on Human Rights. You will see when and how people can turn to the European Court of Human Rights to complain about human rights violations. You will learn how the Court tries to solve many of the difficult human rights dilemmas of today. We will look, amongst other things, at the freedom of expression and demonstration, the right to vote, and the prohibition of discrimination. And we will address the rights of migrants, refugees, and other vulnerable groups. And, of course, we will see whether it is possible to restrict rights and if so under what conditions. You will even encounter watchdogs and ice cream in this course. We invite you to follow us on a journey of discovery into the European Convention! 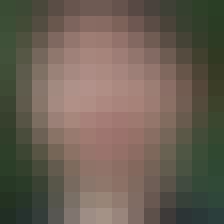 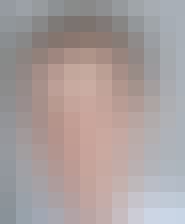 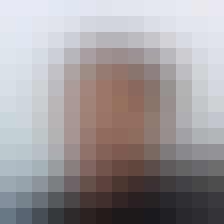 LL.M
Montaigne Centre for Rule of Law and Administration of Justice 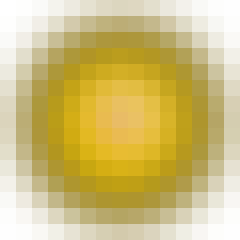 Utrecht University is a research university comprising seven faculties which collectively span the entire academic spectrum in teaching and research. Founded in 1636, the University is now a modern, leading institute enjoying a growing international reputation. In the Shanghai Ranking, Utrecht University ranks 1st in the Netherlands, 17th in Europe and 56th worldwide. The research focuses on four main strategic themes: Dynamics of Youth, Institutions for Open Societies, Life Sciences and Sustainability. Our motto is: Bright minds, better future.

Introduction to the ECHR

The protection of human rights is closely linked to the idea of open societies. In an open society, people enjoy freedom and they are to a large extent free to live their lives as they wish. This week, we explore the idea of open societies and see how it relates to the protection of human rights. We also introduce you to the European Convention on Human Rights. This document forms the foundation for one of the world’s most intricate international human rights systems. Finally, you learn about the background and history of the Convention, the rights that are protected therein and the procedure which individuals can use to lodge a complaint with the European Court of Human Rights.

完成时间为 3 小时
3 个视频 （总计 31 分钟）, 5 个阅读材料, 4 个测验
3 个视频
Open societies and the ECHR11分钟
The foundations of the ECHR8分钟
The admissibility requirements10分钟
5 个阅读材料
The birth of the ECHR12分钟
The European Convention on Human Rights15分钟
The institutions of the Council of Europe12分钟
Articles 34 and 35 ECHR15分钟
Procedure in Strasbourg and execution of judgments15分钟
4 个练习
The linkages between the ECHR and an open society12分钟
Where to find rights in the ECHR?12分钟
The admissibility checklist of the ECtHR applied15分钟
Test your knowledge on the foundations of the ECHR15分钟
周
2

When someone complains that his or her right to privacy or right to freedom of expression has been violated, the European Court of Human Rights has to assess whether that is truly the case. But how does it do this? In this part of the course, we will focus on the general principles and methods the Court uses in order to assess whether a State has violated the Convention. We will see how the Court approaches human rights cases and learn about the dilemmas it faces in this regard in the context of open societies.

完成时间为 4 小时
5 个视频 （总计 55 分钟）, 2 个阅读材料, 5 个测验
5 个视频
How does the ECtHR consider a fundamental rights case?9分钟
The principles and methods of interpretation12分钟
Categories of rights in the ECHR and possibilities for limitation9分钟
Conditions for restriction of ECHR rights11分钟
The intensity of review of restrictions and the margin of appreciation doctrine13分钟
2 个阅读材料
Additional reading on principles and methods of interpretation10分钟
Positive and negative obligations35分钟
5 个练习
How to interpret the ECHR in a concrete case?30分钟
Determining States' obligations in practice20分钟
The justification of restrictions - a practical exercise20分钟
The impact of the margin of appreciation in concrete cases25分钟
Test your knowledge on the consideration of fundamental rights cases by the ECtHR15分钟
周
3

Open societies require a democratic form of government. But how are human rights and democracy linked? In this part of the course, we focus on what democracy entails from a human rights perspective. We also address what voting rights are and how political parties are protected under the European Convention on Human Rights. Finally, we take a look at the protection of political rights in countries in transitions from war to peace and from dictatorship to democracy.

完成时间为 2 小时
3 个视频 （总计 30 分钟）, 2 个阅读材料, 3 个测验
3 个视频
The protection of human rights in a democratic society11分钟
Political parties9分钟
Human rights in transitions to democracy9分钟
2 个阅读材料
The right to vote and the right to stand for election45分钟
Article 11 ECHR - the freedom of assembly and association10分钟
2 个练习
Restricting the freedom of association5分钟
Test your knowledge on the connection between human rights and democracy15分钟
周
4

Open societies are all about inclusion. In an open society, everyone should be allowed to participate on an equal footing. No one should be excluded. Equally, human rights should be enjoyed by all people and discrimination is prohibited. Yet, even in an open society, universality of human rights and the prohibition of discrimination may raise many questions. For example, what about the rights of people who are not (yet) citizens of that society, such as asylum seekers? On the one hand, asylum seekers find themselves in the extremely difficult and vulnerable position of being in transit. For that reason, their needs deserve extra consideration. For example, they may need special protection against hostile responses by the local population, they may need food, education and housing, and they must be protected against discrimination. On the other hand, not being citizens, the question is often raised to what extent they should be included and benefit from the rights and freedoms guaranteed in the European Convention on Human Rights. Finding the right balance and solving such dilemmas is crucial in open societies. In this week, we focus on (1) the rights and freedoms of insiders and outsiders under the European Convention, (2) non-discrimination and (3) the protection of vulnerable groups. To illustrate, we pay special attention to the rights of migrants and asylum seekers, as well as of other minority groups.

Freedom of expression and public protest

The right to freely express yourself, the freedom of the press to report news and the right to protest are essential in an open society. The freedom of expression enables you to gather information about public issues and to let others know what you think. The media plays an important role in conveying information about matters of general interest. And public protest enables you to publicly support a cause you believe in. Together, these rights provide the essential conditions for the free and peaceful sharing of thoughts and ideas. Nevertheless, the unlimited freedom to say whatever you want and the freedom to protest might also undermine the openness of society. Hate speech and discriminatory speech, for example, might contribute to the exclusion of minority groups. In this learning unit, we take a closer look at the right to freedom of expression and the right to freedom of assembly. Thereby, we also address the limits of these rights in an open society.

Very good to find out the basics. What are human rights, what they represent and in which way we should interpret them. Also, it has an easy language so you don't need law school or other studies.

In this course of Europeen Convenction of human rights i learned valuable basic knowledge that open our eyes about our rights and how to defend . That we need in our life . Thanks a lot

This has been a great introduction to the European Convention and Court of Human Rights. It has really helped deepen understanding of the treaty and how the court functions.

Very nice course indeed.. This course has open my eyes on certain rights that people to infringe upon.Thus, I will be able to defend myself and also improve my career