Be able to calculate rest energy of an object

Explore Einstein's theories of Relativity using Wolfram -The theory of relativity usually encompasses two interrelated theories by Albert Einstein: special relativity and general relativity, proposed and published in 1905 and 1915, respectively.[1] Special relativity applies to all physical phenomena in the absence of gravity. General relativity explains the law of gravitation and its relation to other forces of nature.[2] It applies to the cosmological and astrophysical realm, including astronomy. The theory transformed theoretical physics and astronomy during the 20th century, superseding a 200-year-old theory of mechanics created primarily by Isaac Newton.[3][4][5] It introduced concepts including spacetime as a unified entity of space and time, relativity of simultaneity, kinematic and gravitational time dilation, and length contraction. In the field of physics, relativity improved the science of elementary particles and their fundamental interactions, along with ushering in the nuclear age. With relativity, cosmology and astrophysics predicted extraordinary astronomical phenomena such as neutron stars, black holes, and gravitational waves. 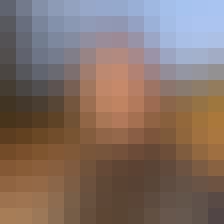