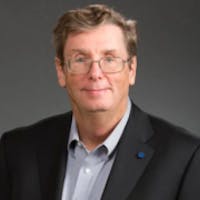 Curtis R. Carlson, Ph.D. is founder and CEO of Practice of Innovation, LLC. He is a pioneer in the development and use of value creation best practices and an evangelist for innovation, education, and economic development. He was a member of President Obama’s National Advisory Council on Innovation and Entrepreneurship. Carlson was SRI International’s President and CEO from 1998 to 2014. He led SRI’s turnaround from failing for twenty years to becoming a global model for the systematic creation of high-value innovations, such as robotic surgery, HDTV, and Siri, now on the Apple iPhone. In recognition of his work with HDTV and for helping to create a system to optimize satellite broadcast image quality, Carlson’s teams were awarded two Emmy Awards for outstanding technical achievement. Carlson has helped form more than two dozen companies. With his co-author, William Wilmot, he wrote Innovation: The Five Disciplines for Creating What Customers Want, a BusinessWeek Top-10 Book. It describes the value creation practices Carlson used to transform SRI.