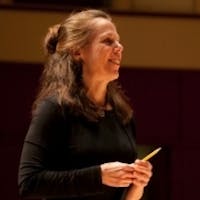 Kristin Wendland is a Professor of Pedagogy in the Department of Music at Emory University in Atlanta, where she teaches all levels of undergraduate music theory and history and culture classes. Her extensive work in the Argentine tango over the past fifteen years yielded courses in Argentine tango music and dance, the creation of the Emory Tango Ensemble, which she makes arrangements for and coaches, and the publication of Tracing Tangueros: Argentine Tango Instrumental Music with coauthor Kacey Link (Oxford, 2016). In the nearly twenty years she travelled annually to Buenos Aires, Wendland received a Fulbright Lecture and Research grant in 2005, planned and organized two professional development institutes on Argentine Tango through the College Music Society in 2007 and 2009, and directed an intensive three-week Emory Tango Music and Dance Summer Study Abroad Program in July 2011. Wendland has read papers, participated in panel sessions, and led demonstration workshops on many tango topics for the College Music Society (CMS), the Society for Music Theory, and the Society for Ethnomusicology, and as an invited guest speaker at music organizations and academic departments over the past fifteen years. Her most recent article, “Tango: A Primer” appeared in the Chamber Music America Magazine Summer 2018 issue. Wendland also directs and plays the piano for Tango Orchestra Club Atlanta, a working tango ensemble that has been performing on stage and for milongas (tango dances) in the Atlanta area and southeast for the past ten years. Wendland’s music degrees include the B.M. in Theory from Florida State University, M.M. in Composition from the College-Conservatory of Music of the University of Cincinnati, and the Ph.D. in Composition from the City University of New York.

So You Think You Know Tango?