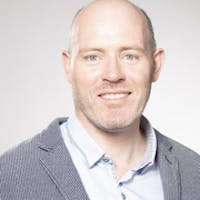 Mark McEntee is Professor of Diagnostic Radiography and is an internationally-recognised researcher and teacher in diagnostic radiography. His teaching excellence has been recognised by a Citation for Outstanding Contributions to Student Learning (2017), Supervisor of the Year awards (2017), the Vice Chancellor’s Award for Excellence in Teaching at Sydney University (2014), as well as several other Faculty awards. He is an Honorary Professor of Radiography at the University of Salford (UK), and the University of Sydney (AU), a Fellow of the Irish Institute of Radiography, a Senior Fellow of the Higher Education Academy, and has been appointed as an expert consultant by the governments of Indonesia, Singapore, Sri Lanka and Tonga. Mark is a both a proud Aussie and Irish man, he is a keen runner and cyclist and can often be found hiding from UV at the beach.