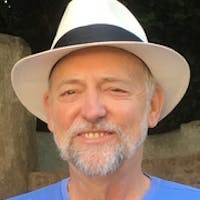 Robert J. Blake is distinguished professor of Spanish linguistics at UC Davis and director of the Davis Language Center. Bob received his Ph.D. from the University of Texas and is widely published on topics ranging from Old Spanish to Spanish syntax, applied linguistics, and computer-assisted language learning. With Georgetown University Press, he published the second edition of Brave New Digital Classroom and in 2016, El español y la lingüística aplicada. He served as director of the University of California Language Consortium from 2000 to 2012 and developed an online first- and second-year Spanish course now taught as part of the UC’s online offerings. In 2004, he was named a member of the North American Academic of the Spanish Language, making him a corresponding member of the Royal Spanish Academy.