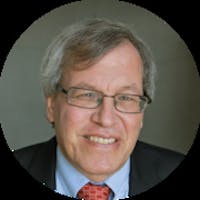 Erwin Chemerinsky is the founding Dean and Distinguished Professor of Law, and Raymond Pryke Professor of First Amendment Law, at the University of California, Irvine School of Law. He has authored a number of books and articles including the books Constitutional Law: Principles and Policies and The Case Against the Supreme Court. He is an expert on constitutional law, civil liberties, and the first amendment. Dean Chemerinsky earned his law degree from Harvard Law School and has had the opportunity to argue before the United State Supreme Court in cases such as United States v. Apel (2013), Van Orden v. Perry (2004), and Lockyer v. Andrade (2002).

Chemerinsky on Constitutional Law - The Structure of Government