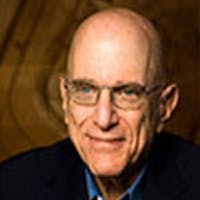 John Lavine is a professor of media management and strategy in Northwestern’s Medill School of Journalism, Media, Integrated Marketing Communications and in the Kellogg School of Management. He was dean of Medill from 2005-12. Globally the Center does research on the media’s major’s challenges and educates senior media executives. Before coming to Northwestern, Lavine was the publisher/editor of a group of daily newspapers. He also was an executive of an international film company in London and the United States that did much of its work for television, and was president and publisher of an international medical journal publishing company.