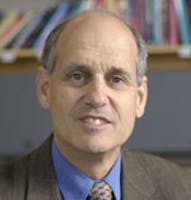 Scott L. Zeger is Professor of Biostatistics at the Johns Hopkins Bloomberg School of Public Health. Professor Zeger is author or co-author of 3 books and 200 scientific articles and book chapters. Science Watch identified Dr. Zeger as among the top 25 most cited mathematical scientists. He conducts statistical research on regression analysis for correlated responses as occur in surveys, time series, longitudinal or genetics studies. He has made substantive contributions to our understanding of children’s pneumonia etiology around the world, the effects on health of smoking and air pollution, progression of HIV, cognitive loss after cardiac surgery, normative aging and other topics. Professor Zeger has been elected Member of the National Academy of Sciences’ Institute of Medicine, Fellow of the American Association for the Advancement of Science and of the American Statistical Association. He has served as expert witness to the U.S. Department of Justice and several states in their civil suits against the tobacco industry. He was the founding co-editor of the Oxford University Press journal Biostatistics and is a member of the Springer-Verlag editorial board for statistics. He was awarded the 2008 Wilks Award from the American Statistical Association for contributions to statistical science, 2007 Bradford Hill Medal from the Royal Statistical Society for outstanding contributions to medical statistics, and the 2007 Marvin Zelen Award from Harvard University for leadership in the field of biostatistics. In 2006, 2002 and 1988, the Johns Hopkins Bloomberg School Student Assembly awarded Dr. Zeger with the Golden Apple for excellence in teaching.