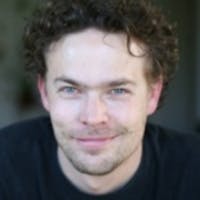 Composer, Researcher, and Professor University of the Arts (UdK) - Berlin

Mathias Hinke studied composition at the Manhattan School of Music in New York, Art-History and Musicology at Humboldt Universität in Berlin and Physics at the Freie Universität Berlin. Since 2003 he has worked with many public schools in Berlin, developing their arts and music departments. Since 2011 he has been a member of the "Querklang“ team, organizing experimental music and pedagogy seminars for teachers, composers and students at the Universität der Künste Berlin. From 2015-2016, he held a guest professorship in the composition department and since the fall of 2016 he has been a member of the faculty. Hinke has written music for orchestras and ensembles such as "Opera de Bellas Artes“ Mexiko, "Deutsche Oper Berlin“, "Düsseldorfer Symphony Orchestra,“ Heidelberg Philharmonic Orchestra, Hamburg Symphony Orchestra, "Orquesta Sinfónica Nacional de México“ and the "Manhattan Chamber Orchestra," Sonar Quartett, KNM Ensemble, Hayom Ensemble, MAS Sextett. He has been invited to festivals such as Märzmusik Berlin, Gaudeamus Musik Festival Netherlands, Kallio new music days Helsinki. He has also written film music and new music for people without a musical background. Most recently, Hinke has been invited to hold workshops in experimental composition at the National Junior College Singapore, Northwestern University, and the "happy new ears“ congress in Mannheim. He also is a frequent guest juror at the Sibelius Academy in Finland.

Art of the MOOC: Experiments with Sound